Doze Mode is a set of changes and rules that put your phone to sleep when idle.

On Android 6.0 Marshmallow: Doze mode gets activated after a while the screen is off, the device is stationary and it's running on battery. 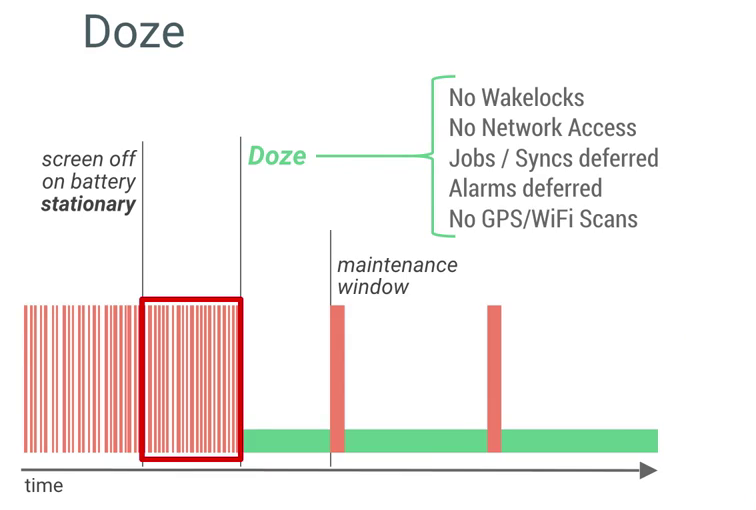 As you can see in the diagram above, when Doze Mode gets activated, the device doesn't get any wakelocks, network access, jobs/syncs, Alarms, GPS/Wi-fi scans. 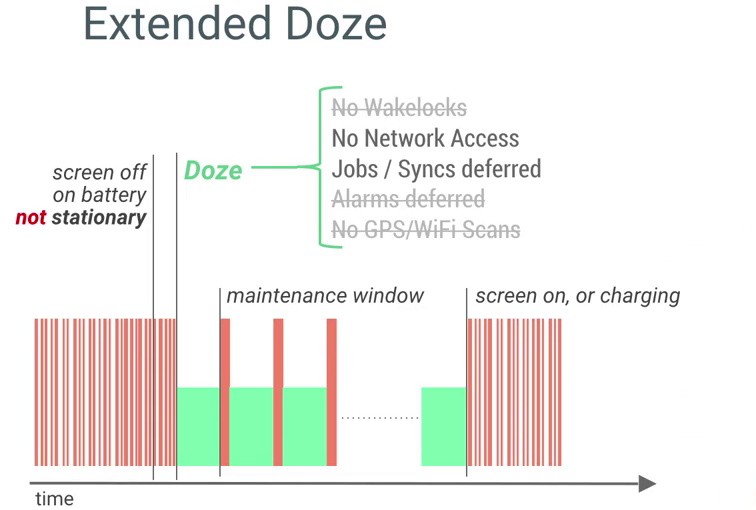 As you can see in this diagram, only Network Access and jobs/syncs are disabled. Note that the Extended Doze doesn't replace the first Doze Mode. They work together, depending on the phone state (stationary or not). Here are the distinctions: 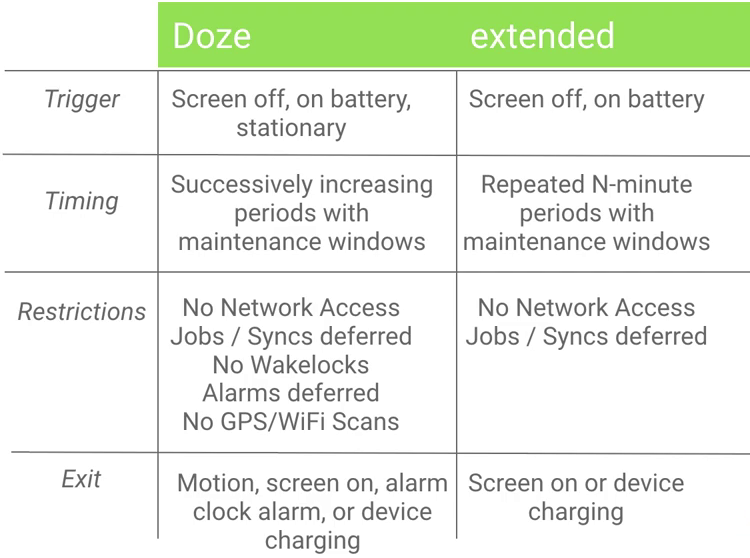 Developers should be aware that:

Now this app will show under not optimized apps.

An app can check whether it's whitelisted by calling isIgnoringBatteryOptimizations()

Whitelisting won't disable the doze mode for your app, but you can do that by using network and hold-wake locks.

Whitelisting an Android application programmatically can be done as follows:

The result of starting the activity above can be verfied by the following code: