AppleScript is a language that predates the Mac as we know it today, originating in 1993. While other scripting languages have more fully featured libraries and more robust syntax, the power of AppleScript is for automating Mac applications.

A script can then use that information to automate repetitive tasks, and to form a "glue" between different apps, forming fully customizable workflows.

With Mac OS X Leopard and earlier, and OS X Yosemite and later, Script Editor is located at

What the code does:

display dialog is one command, though it uses two words. This is common in AppleScript, unlike other languages which commonly require joining words together with no spaces. The display dialog command tells AppleScript to display a pop-up dialog.

This last part in "double quotes" tells the script what text to display.

The power of AppleScript lies in being able to automate many Mac applications. To find out what you can automate, you need to read an app's scripting dictionary.

To do so, launch Script Editor, and select File > Open Dictionary… 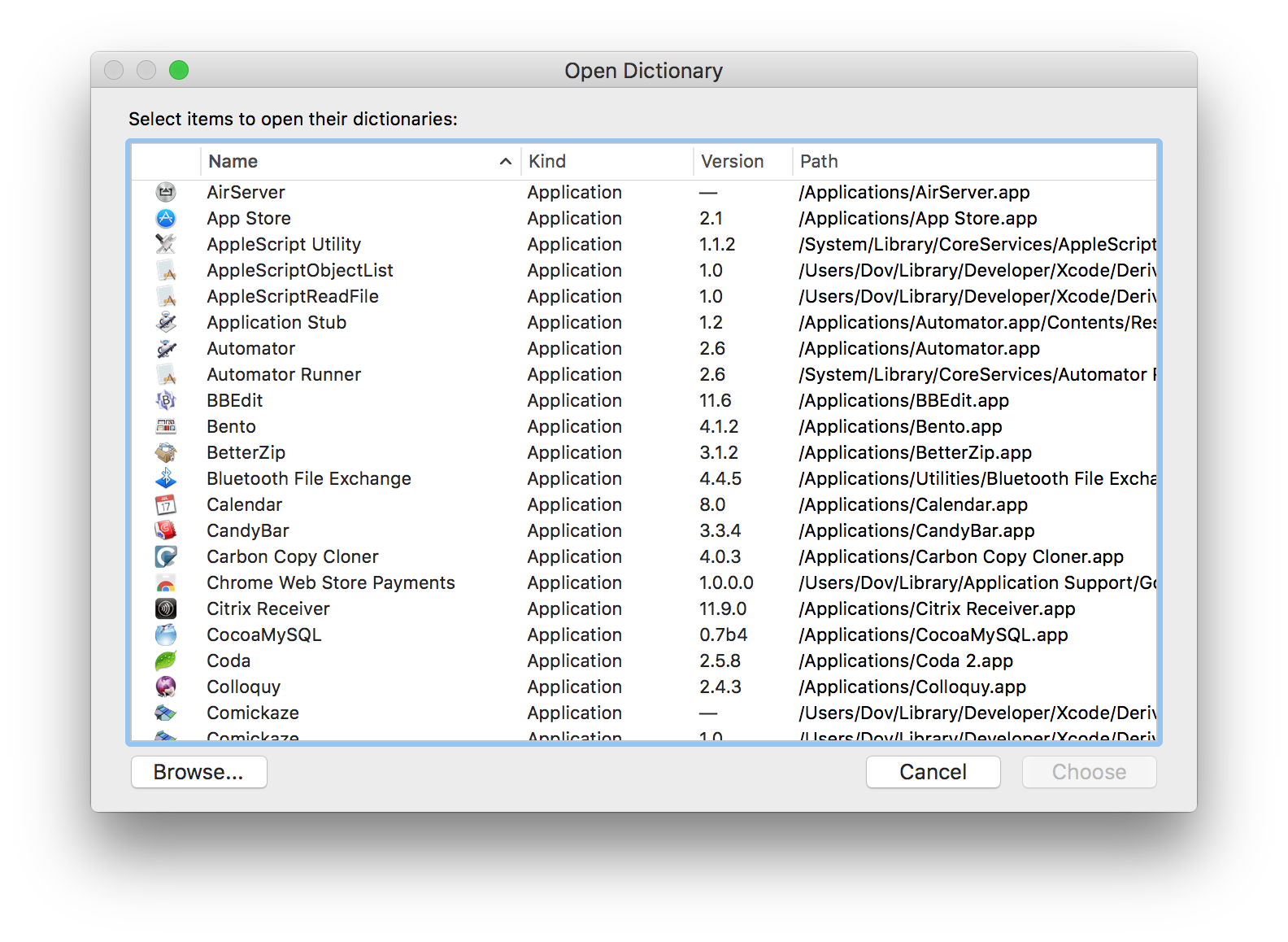 Once you choose an app, its dictionary will open up in a new window. At the top of the window, you'll see a column view (like Finder's). The first column contains various "suites" of AppleScript terminology. The "Standard Suite" contains items that apply to most apps (e.g. open, close, save, print), and the other suites define custom behavior. 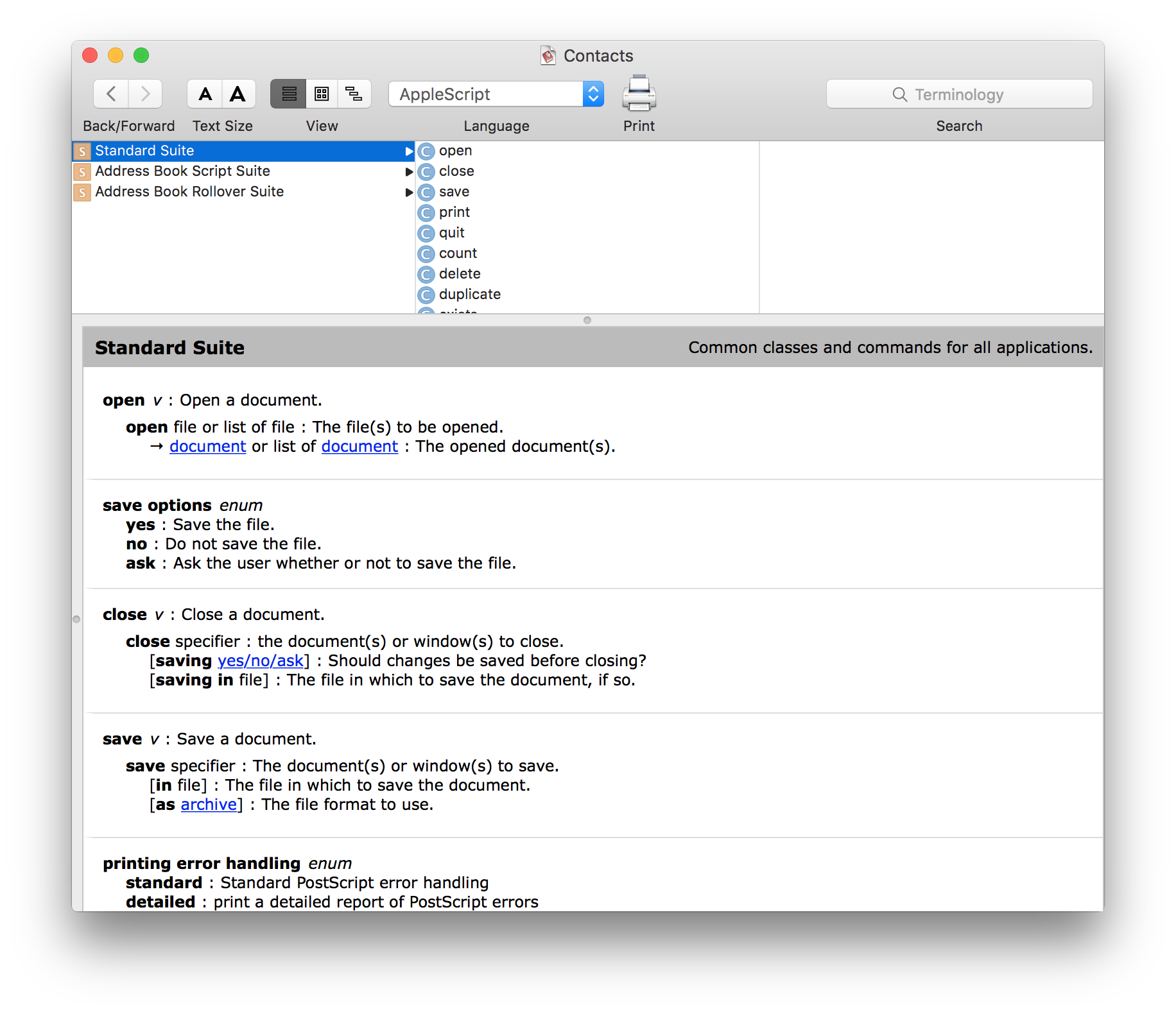