.NET Core is a general purpose development platform maintained by Microsoft and the .NET community on GitHub. It is cross-platform, supporting Windows, macOS and Linux, and can be used in device, cloud, and embedded/IoT scenarios. 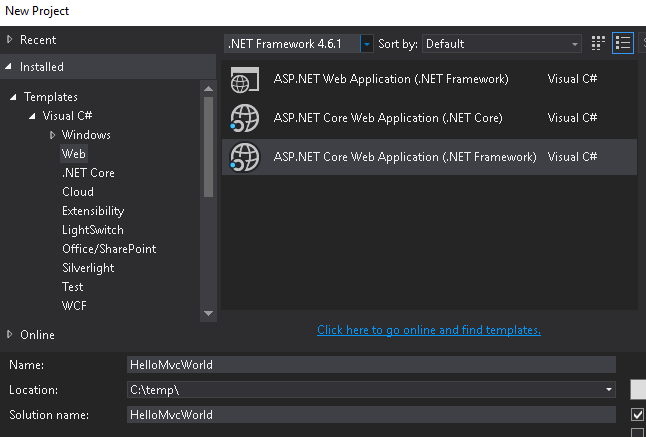 You will be presented with another dialog to select the template you want to use for the project : 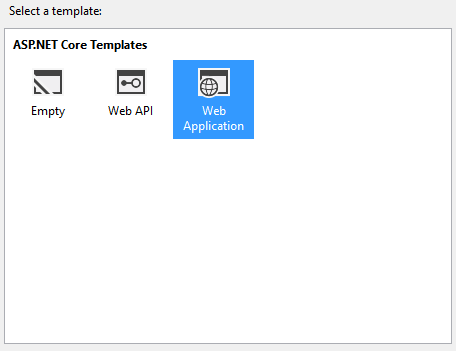 Each of the descriptions are self-explanatory. For this first project, select Web Application, which will contain all of the default configurations, authentication, and some existing content.

Since this is an introduction application and doesn't require any security or authentication, you can change the authentication option to No Authentication on the right-side of the dialog and click OK to create the project.

You should then see the new project within the Solution Explorer : 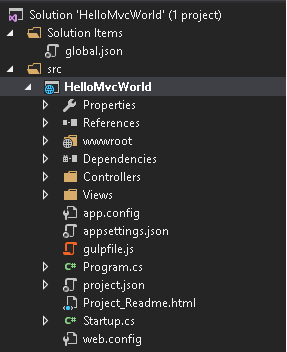 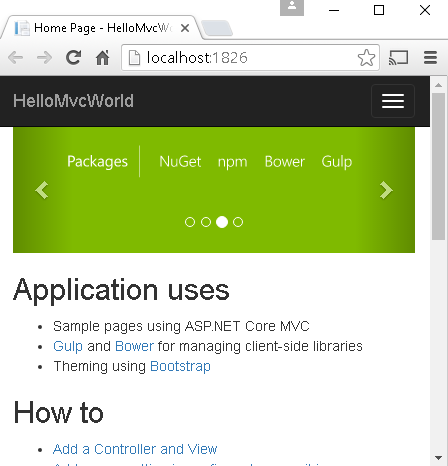 You can now see that your project is up and running locally and is ready as a starting point for you to build your application.

Create a new project from the command line

It's possible to create a new ASP.NET Core project entirely from the command line using the dotnet command.

dotnet new web scaffolds a new "empty" web project. The web parameter tells the dotnet tool to use the ASP.NET Core Empty template. Use dotnet new -all to show all the available templates currently installed. Other key templates include console, classlib, mvc and xunit.

Once the template has been scaffolded out, you can restore the packages required to run the project (dotnet restore), and compile and start it (dotnet run).

Once the project is running, it will be available on the default port: http://localhost:5000

However, merging these two into framework one also made it more difficult to distinguish one from another. For example, the Microsoft.AspNet.WebApi represents the Web API 5.x.x framework, not the new one. But, when you include Microsoft.AspNetCore.Mvc (version 1.0.0), you get the full blown package. This will contain all the out-of-the-box features the MVC framework offers. Such as Razor, tag helpers and model binding.

When you just want to build a Web API, we don't need all this features. So, how do we build a minimalistic Web API? The answer is: Microsoft.AspNetCore.Mvc.Core. In the new world MVC is split up into multiple packages and this package contains just the core components of the MVC framework, such as routing and authorization.

For this example, we're gonna create a minimal MVC API. Including a JSON formatter and CORS. Create an empty ASP.NET Core 1.0 Web Application and add these packages to your project.json:

Now we can register MVC using AddMvcCore() in the startup class:

AddMvcCore returns an IMvcCoreBuilder instance which allows further building. Configuring the middleware is the same as usual:

The 'old' Web API comes with its own controller base class: ApiController. In the new world there is no such thing, only the default Controller class. Unfortunately, this is a rather large base class and it's tied to model binding, views and JSON.NET.

Fortunately, in the new framework controller classes don't have to derive from Controller to be picked up by the routing mechanism. Just appending the name with Controller is enough. This allows us to build our own controller base class. Let's call it ApiController, just for old times sake:

ASP.NET Core MVC also offers a ControllerBase class which provides a controller base class just without views support. It's still much larger than ours though. Use it if you find it convenient.

We can now build a minimal Web API using the new ASP.NET Core MVC framework. The modular package structure allows us to just pull in the packages we need and create a lean and simple application.

With AspNetCore you can develop the application on any platform including Mac,Linux,Window and Docker.

Now you have all the tools available. To develop the application. Now you need some scaffolding option. For that you should consider using Yeoman. To install Yeoman

Use Yeoman as Scaffolding Option

Create Project Folder and Run the Yo Command 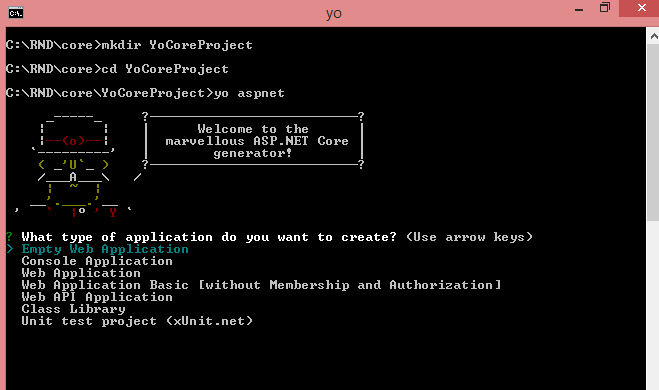 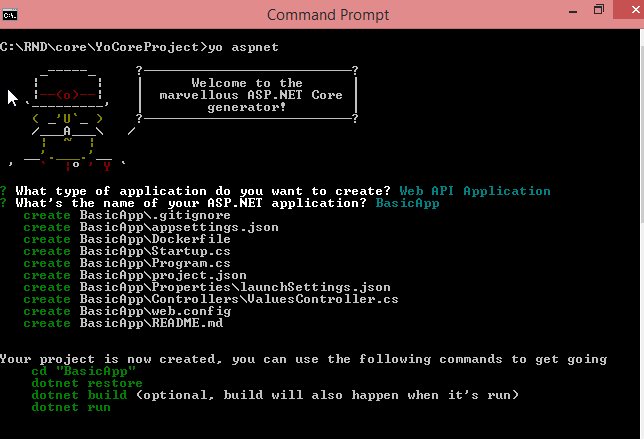 Use VS Code to develop the application 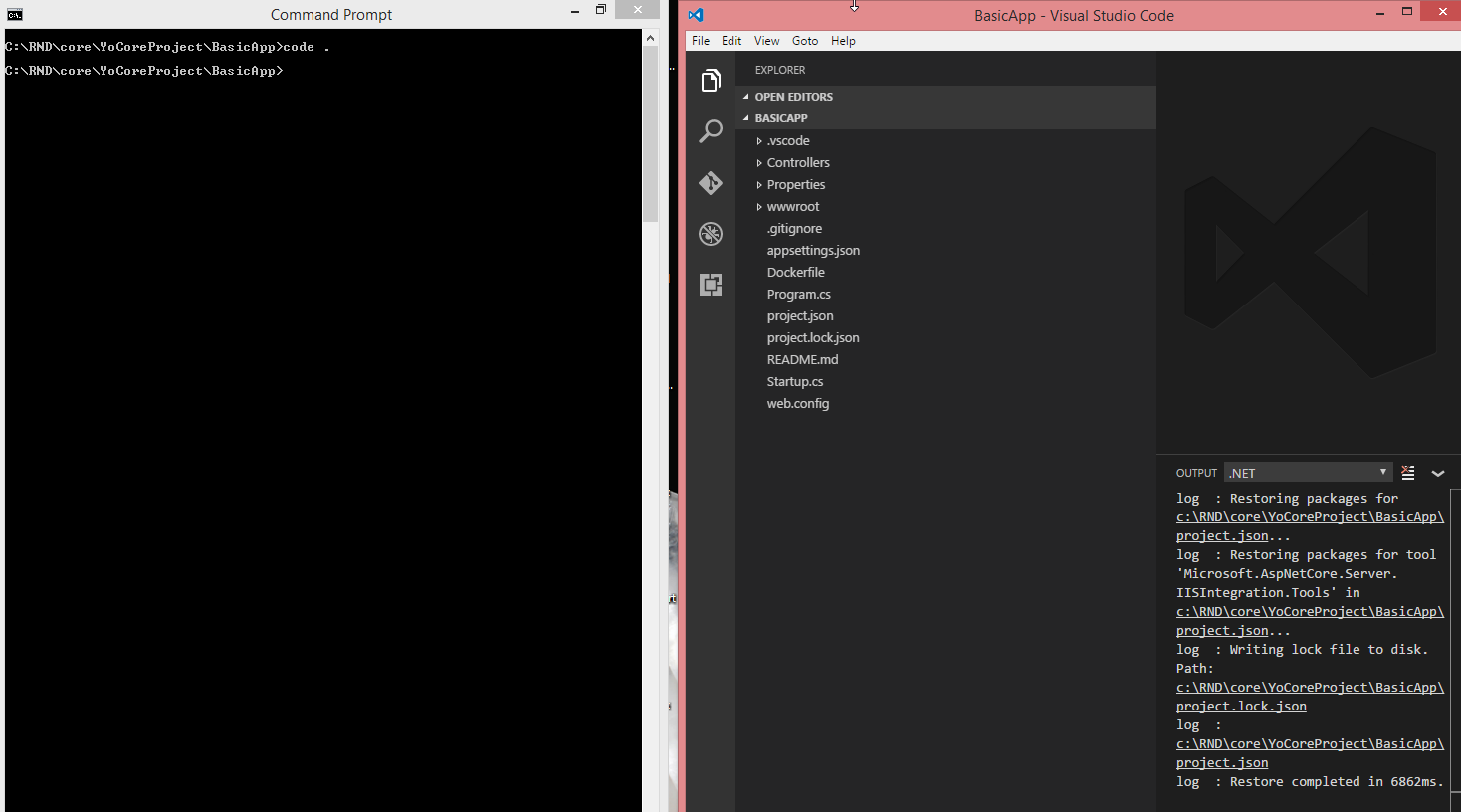 Now open the files and run the application. You can also search the extension for your help.

ASP.NET Core uses the ASPNETCORE_ENVIRONMENT environment variable to determine the current environment. By default, if you run your application without setting this value, it will automatically default to the Production environment.

Setting the environment variable in Windows

At the command line

You can easily set an environment variable from a command prompt using the setx.exe command included in Windows. You can use it to easily set a user variable:

Note that the environment variable is not set in the current open window. You will need to open a new command prompt to see the updated environment. It is also possible to set system variables (rather than just user variables) if you open an administrative command prompt and add the /M switch:

Using PowerShell Alternatively, you can use PowerShell to set the variable. In PowerShell, as well as the normal user and system variables, you can also create a temporary variable using the $Env: command:

The variable created lasts just for the duration of your PowerShell session - once you close the window the environment reverts back to its default value.

Alternatively, you could set the user or system environment variables directly. This method does not change the environment variables in the current session, so you will need to open a new PowerShell window to see your changes. As before, changing the system (Machine) variables will require administrative access 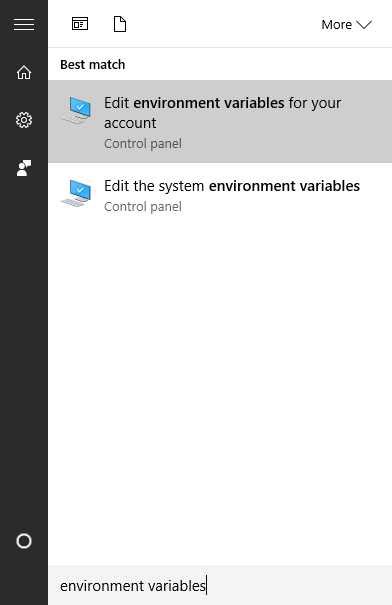 Selecting this option will open the System Properties dialog 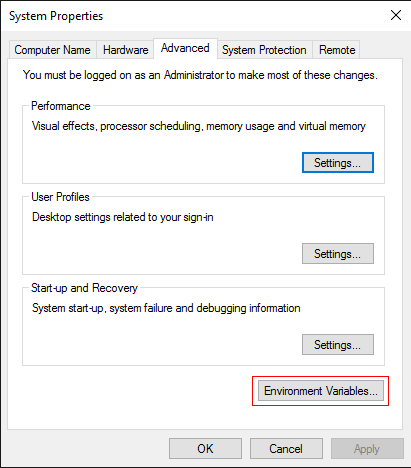 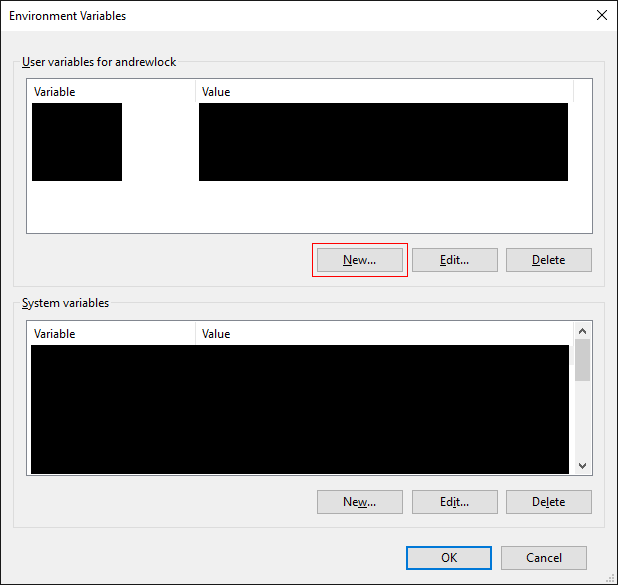 Assuming you do not already have a variable called ASPNETCORE_ENVIRONMENT, click the New... button and add a new account environment variable:

Click OK to save all your changes. You will need to re-open any command windows to ensure the new environment variables are loaded.