C# is a multi-paradigm, C-descendant programming language from Microsoft. C# is a managed language that compiles to CIL, intermediate bytecode which can be executed on Windows, Mac OS X and Linux.

To compile via command line use either MSBuild or csc.exe (the C# compiler), both part of the Microsoft Build Tools package.

To compile this example, run the following command in the same directory where HelloWorld.cs is located:

It can also be possible that you have two main methods inside one application. In this case, you have to tell the compiler which main method to execute by typing the following command in the console.(suppose Class ClassA also has a main method in the same HelloWorld.cs file in HelloWorld namespace)

where HelloWorld is namespace

Note: This is the path where .NET framework v4.0 is located in general. Change the path according to your .NET version. In addition, the directory might be framework instead of framework64 if you're using the 32-bit .NET Framework. From the Windows Command Prompt, you can list all the csc.exe Framework paths by running the following commands (the first for 32-bit Frameworks):

There should now be an executable file named HelloWorld.exe in the same directory. To execute the program from the command prompt, simply type the executable's name and hit Enter as follows:

You may also double click the executable and launch a new console window with the message "Hello, world!" 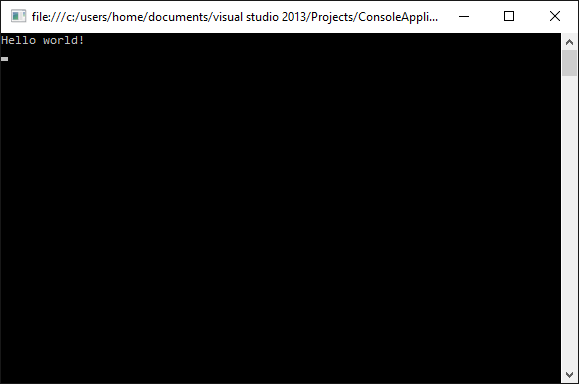 First install Mono by going through the install instructions for the platform of your choice as described in their installation section.

Mono is available for Mac OS X, Windows and Linux.

After installation is done, create a text file, name it HelloWorld.cs and copy the following content into it:

If you are using Windows, run the Mono Command Prompt which is included in the Mono installation and ensures that the necessary environment variables are set. If on Mac or Linux, open a new terminal.

To compile the newly created file, run the following command in the directory containing HelloWorld.cs:

The resulting HelloWorld.exe can then be executed with:

which will produce the output:

First install the .NET Core SDK by going through the installation instructions for the platform of your choice:

After the installation has completed, open a command prompt, or terminal window. 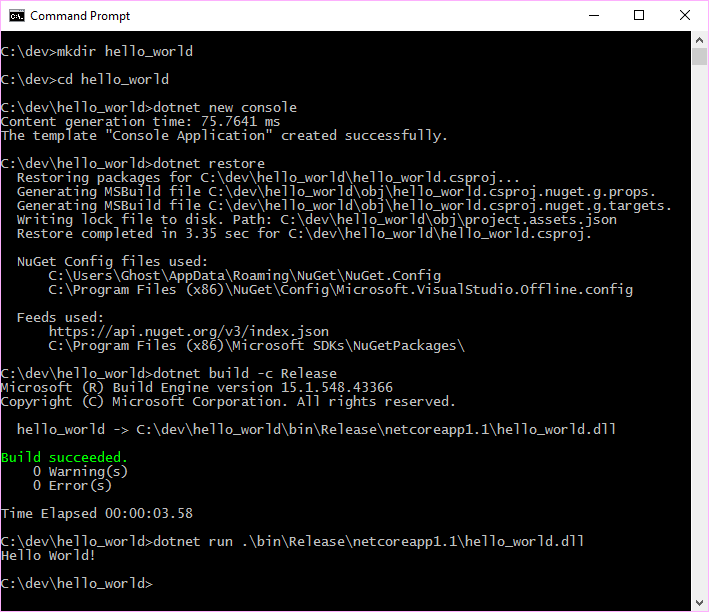 LinqPad is a great tool that allows you to learn and test features of .Net languages (C#, F# and VB.Net.) 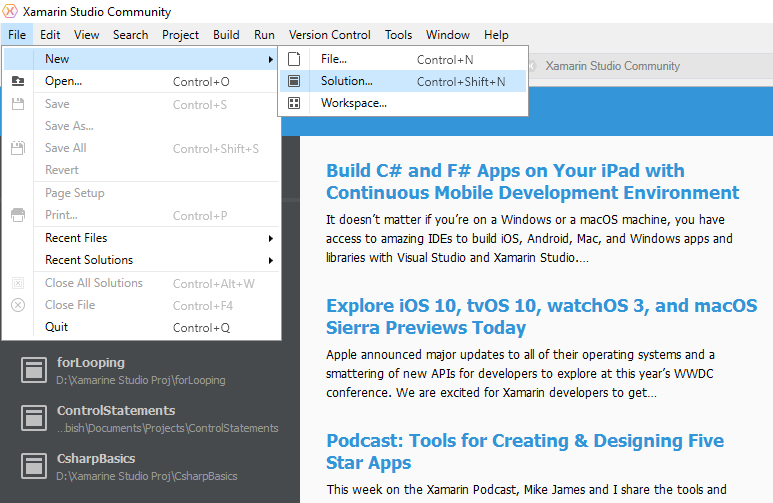 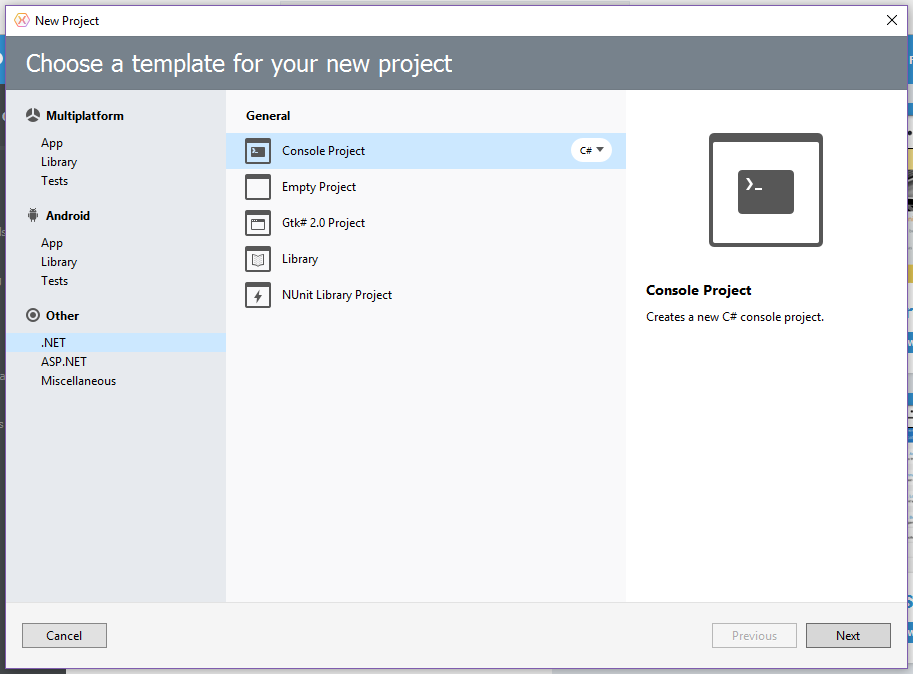 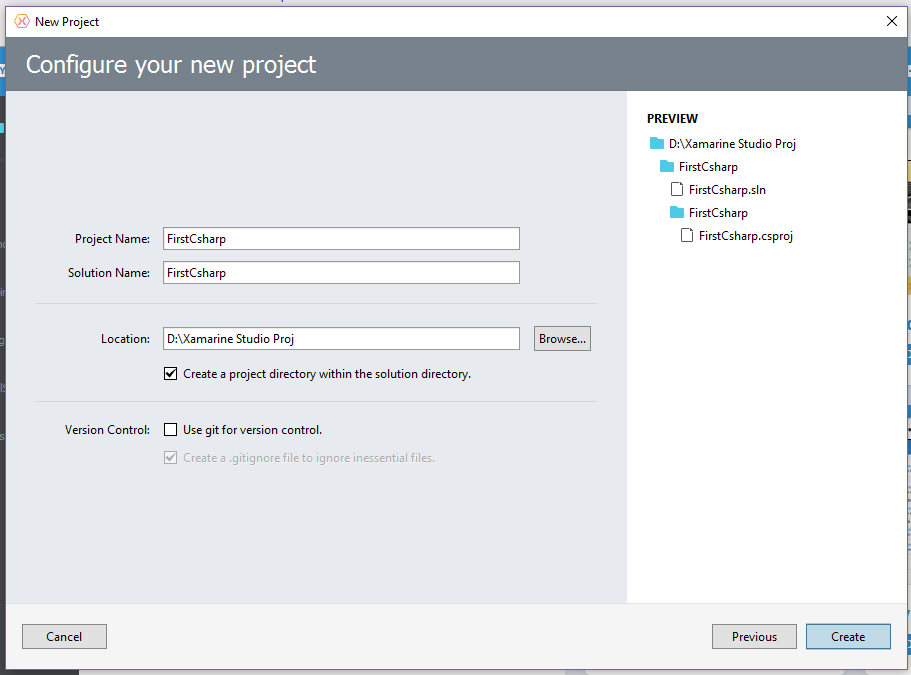 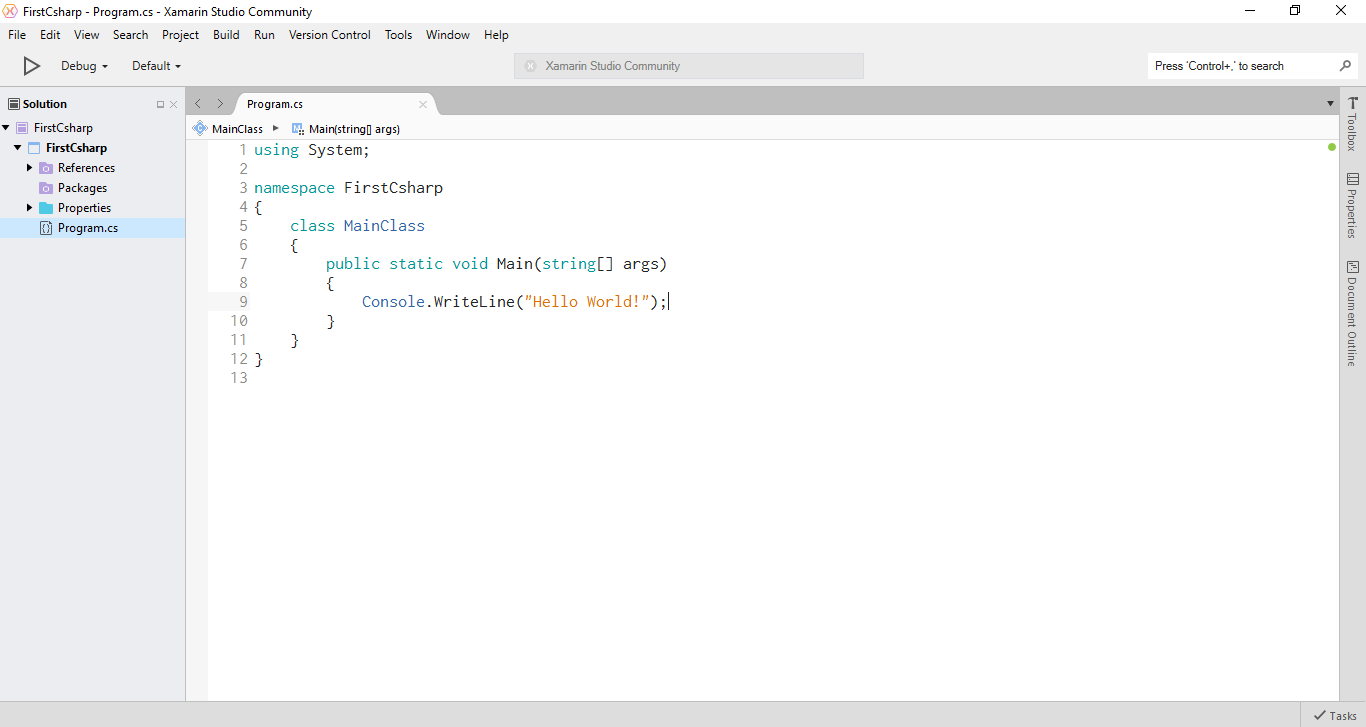 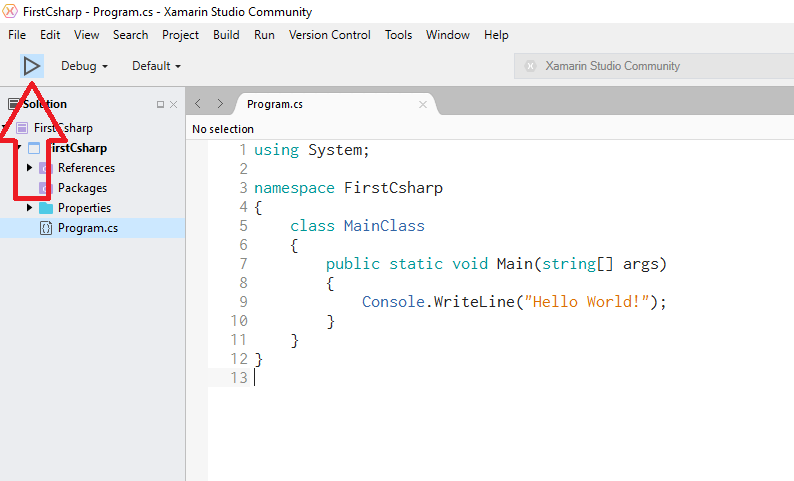 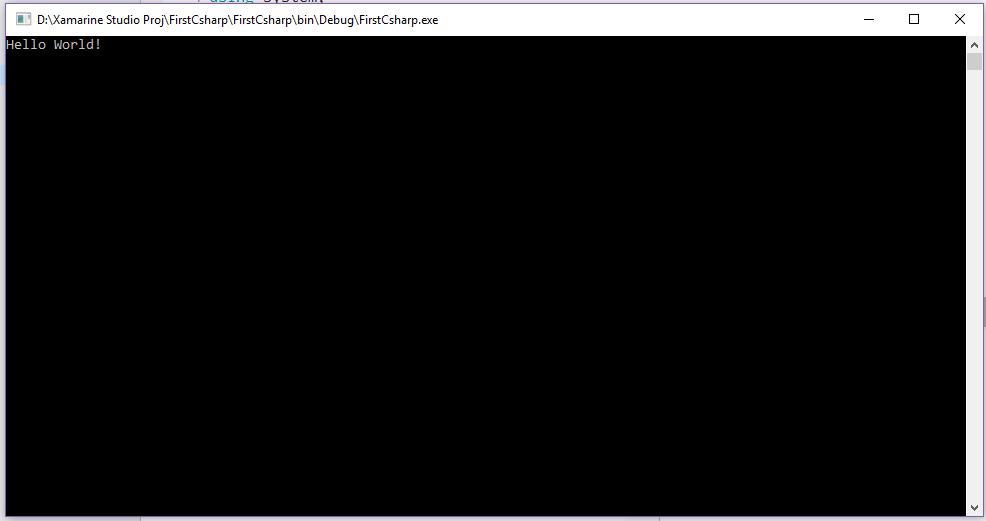