For example, a lightweight downstream message could inform a client app that there is new data to be fetched from the server, as in the case of a "new email" notification. For use cases such as instant messaging, a GCM message can transfer up to 4kb of payload to the client app. The GCM service handles all aspects of queueing of messages and delivery to and from the target client app.

Here's how these components interact:

Below summarizes the key terms and concepts involved in GCM. It is divided into these categories:

Send downstream messages from the cloud

To do this in Postman, you simply have to set the following (some details are as what is mentioned above): 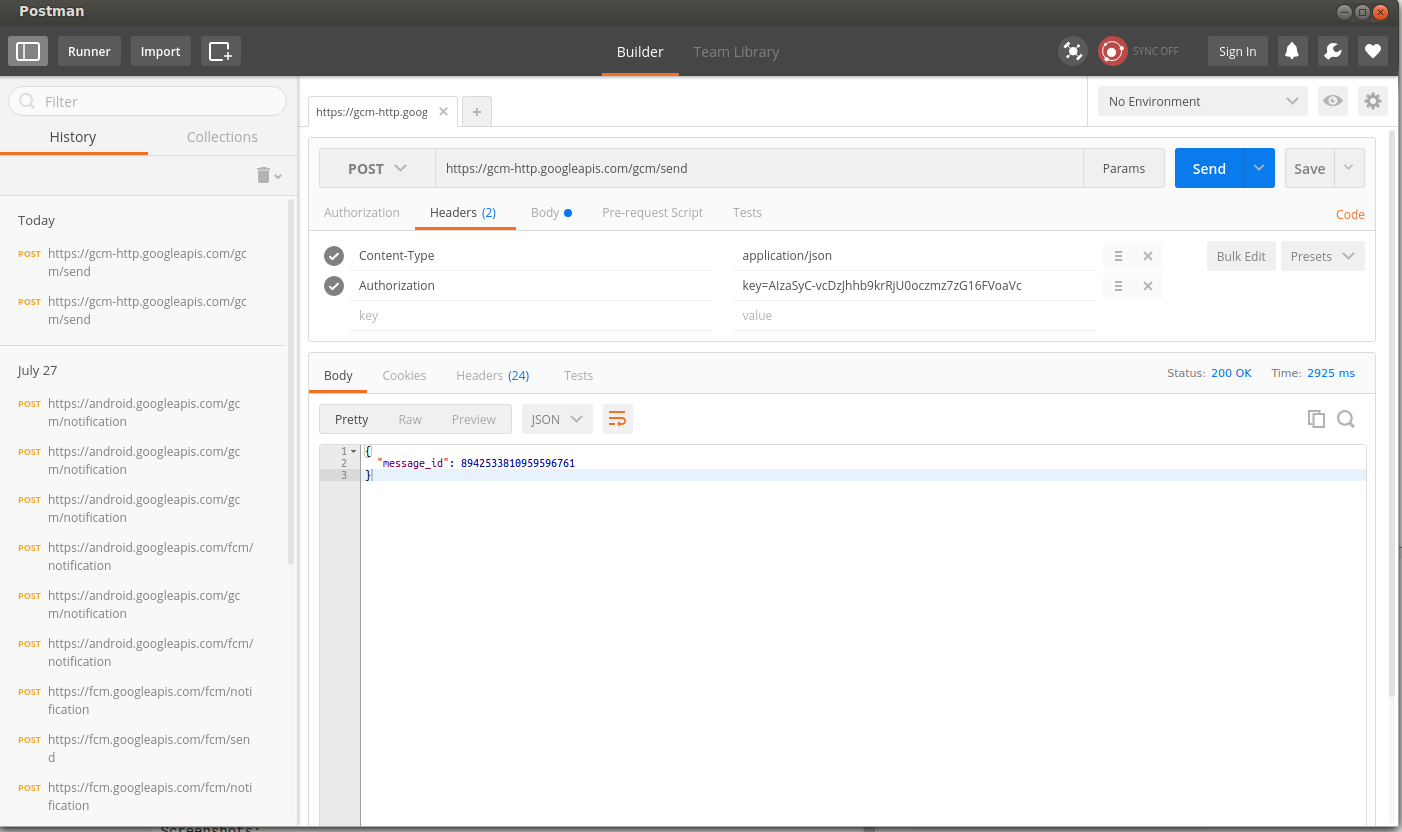 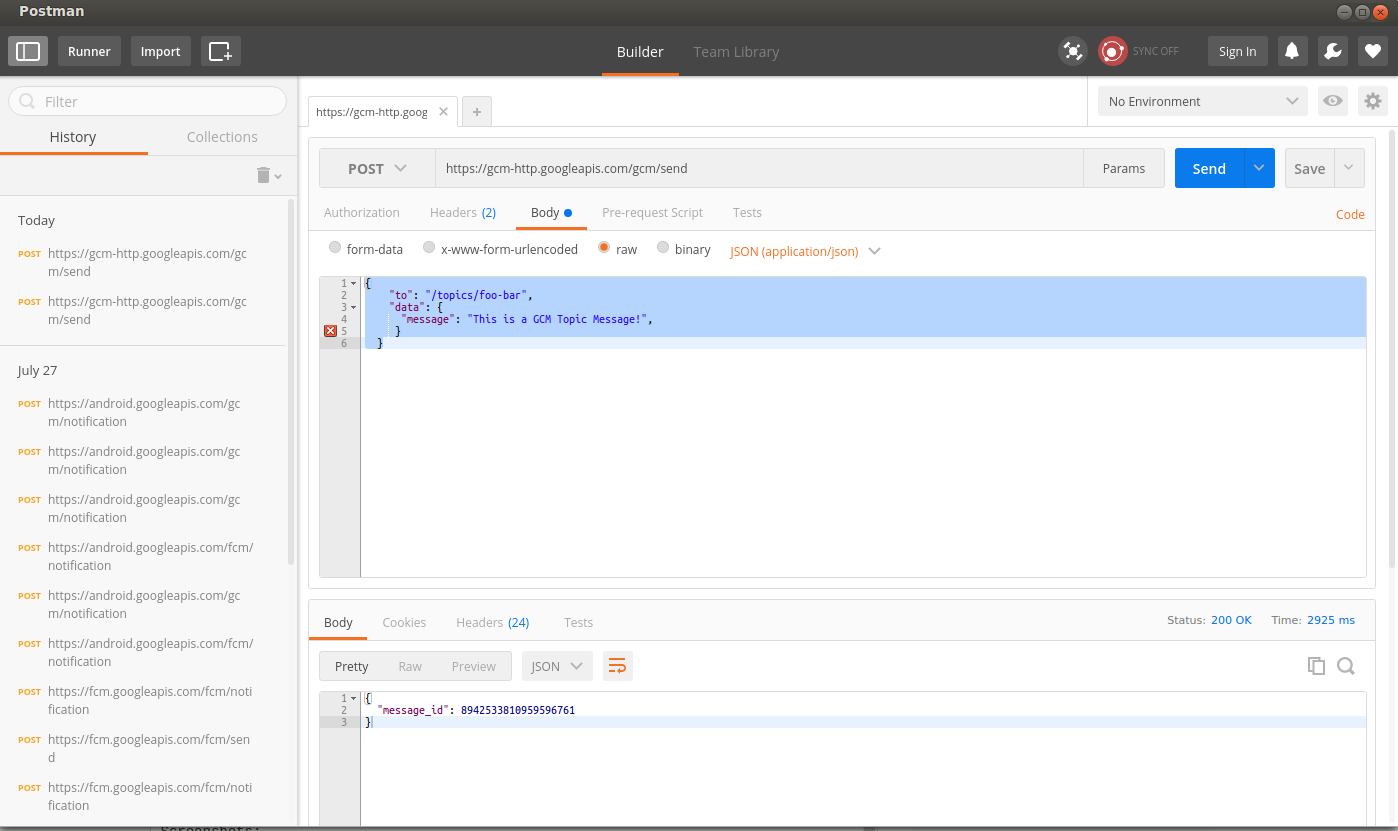 Notice that the request was a success with the message_id in the response.

PS: I'm keeping the sample Server Key visible so that others can still try it out even if they haven't created a Project yet. BUT, note that the Server Key must be always kept secret.

Implement onMessageReceived that will catch the notification sent from GCM server.