JMeter is a Load-Testing Tool used for Performance Testing. A Performance Tester can record actions in a web browser or manually build a script which can then be run with hundreds or thousands of users.

If you are able to see JMeter UI, basic setup was successful. 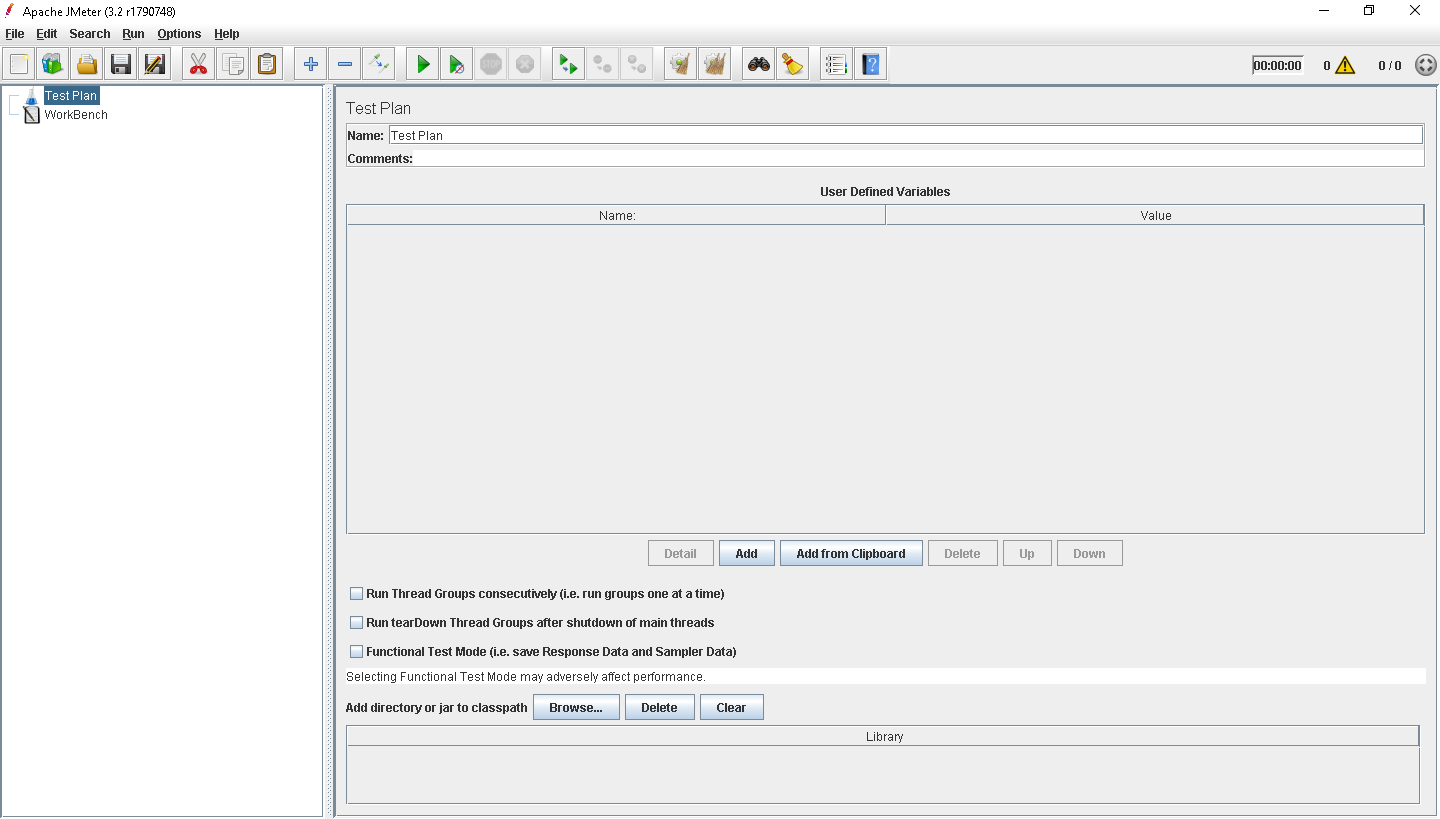 Apache JMeter segregated all the components into following groups based on their functionality:

Following is the general syntax (you add any component on need basis):