moq Getting started with moq

Moq is a mocking library for .Net. It allows interactions with dependencies to be simulated and verified in order to facilitate unit testing.

Release notes for different version of Moq can be found here. 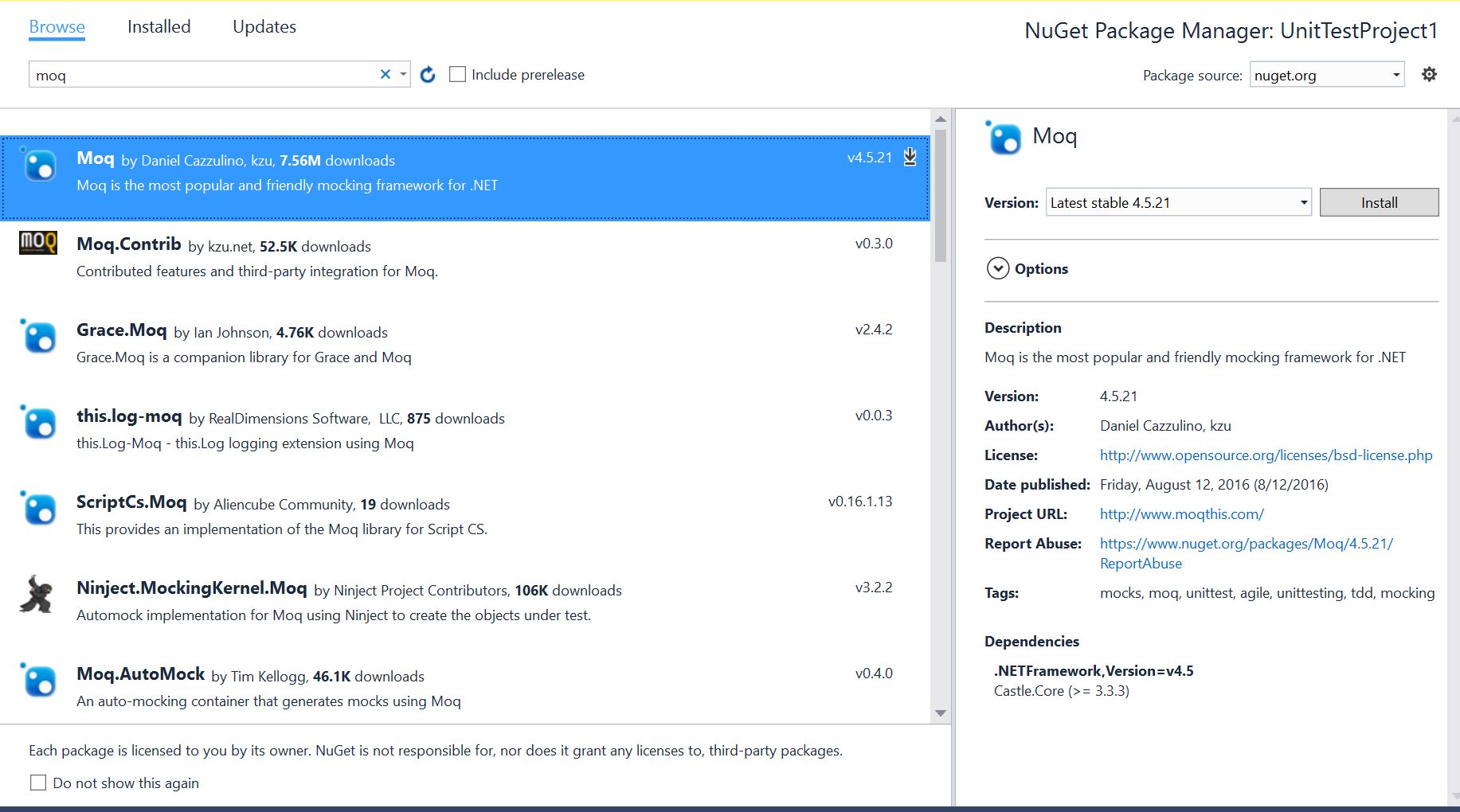 Following these steps will install the Moq package and will add a reference to it in the selected project references. After completing these steps Moq can be used in the unit test project by simply declaring it in the test classes files:

Mocks are meant as test doubles, that allow interactions with the mocks to be validated, they are not meant to replace the system you are testing. Examples will often demonstrate features of Moq as follows:

Whilst this example shows the steps involved in using the mock, it is important to remember that it doesn't actually test anything, other than that the mock has been setup and used correctly. An actual test that makes use of a mock will supply the mock to the system that is to be tested. To test the following method:

It is possible to create a mock of the dependent interface:

To create a test that actually validates the behaviour of the GetPrefixedValue method: