In order for NetSuite to know how to utilize our source code, we need to be able to tell it which functions to call, when to call them, and who to call them for. We accomplish all of these with the Script and Script Deployment records.

NetSuite uses the Script record to map the function(s) in your source file to specific events that occur in the system. For instance, if you need some business logic to run when a form is saved in the UI, the Script record will tell NetSuite which function to call when the Save Record event occurs.

You can think of the Script record as defining when our source code should run; it essentially defines something akin to:

"When a record is saved, call the saveRecord function in hello-world.js."

Here is an example of what that Script record would look like: 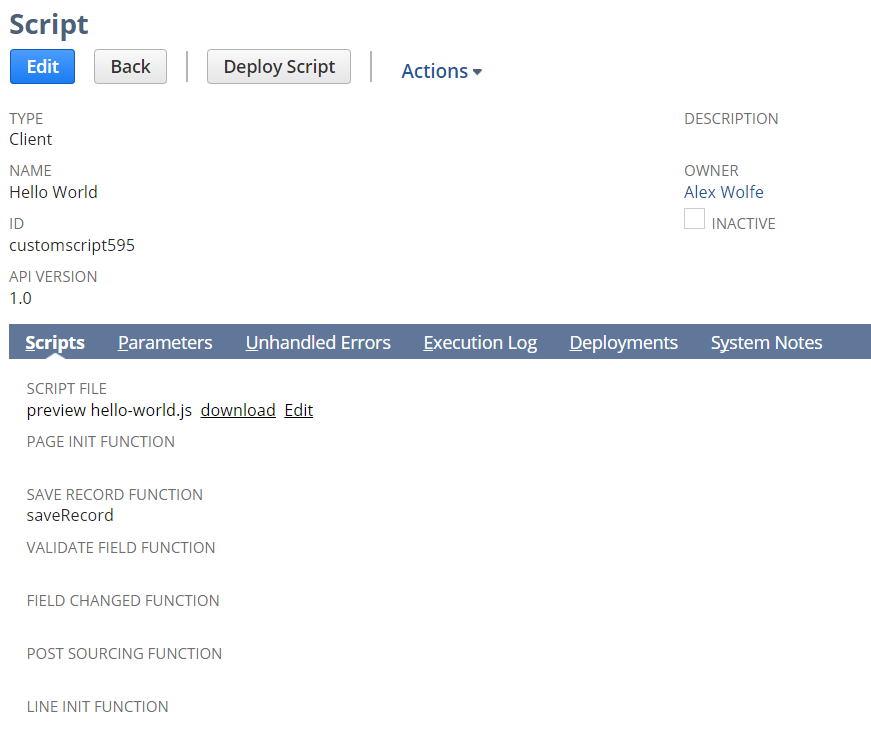 Once we have a Script record created, we then need to deploy that script into the system. While the Script record tells NetSuite which functions to call from our source file, the Script Deployment record lets NetSuite know which records and users our Script should execute for.

"When a record is saved, call the saveRecord function in hello-world.js."

then our Script Deployment for that record might modify that slightly to:

"When an Employee record is saved, call the saveRecord function in hello-world.js, but only for users in the Administrators group."

Again, here is an example of what that Script Deployment would look like: 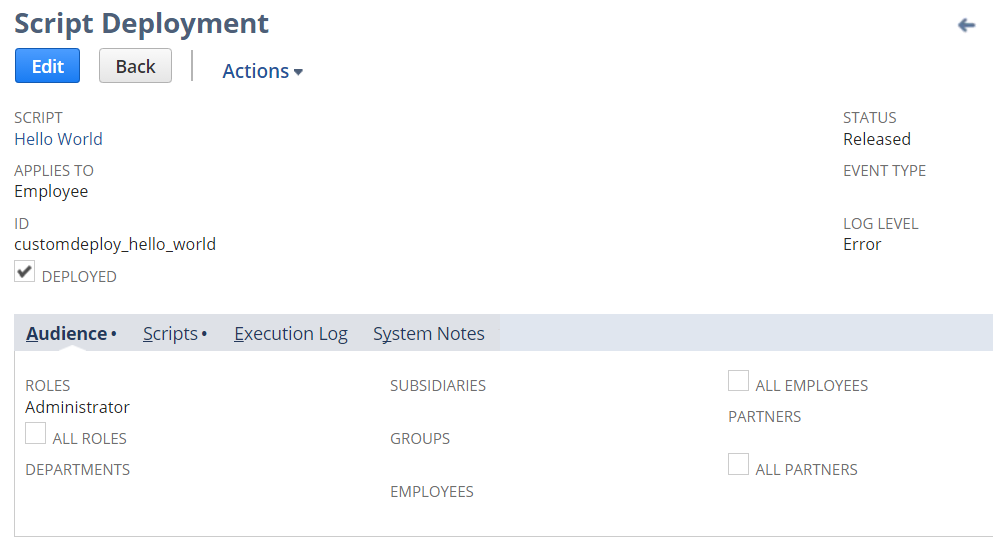 A Script can have multiple Script Deployments associated to it. This allows us to deploy the same business logic to multiple different record types with varying audiences.