Creating a class in Pharo is as simple as sending subclass: message to another class object. But most of the classes are created and modified in a system browser (currently Nautilus).

Adding a class in a system browser

The most common way to add (and edit classes) in from the system browser In the Nautilus system browser have nothing selected or select a package (first column) or a class (second column). Depending on the selection, the code editor will display a slightly different class template:

The following image demonstrates the Nautilus window with a selected package: 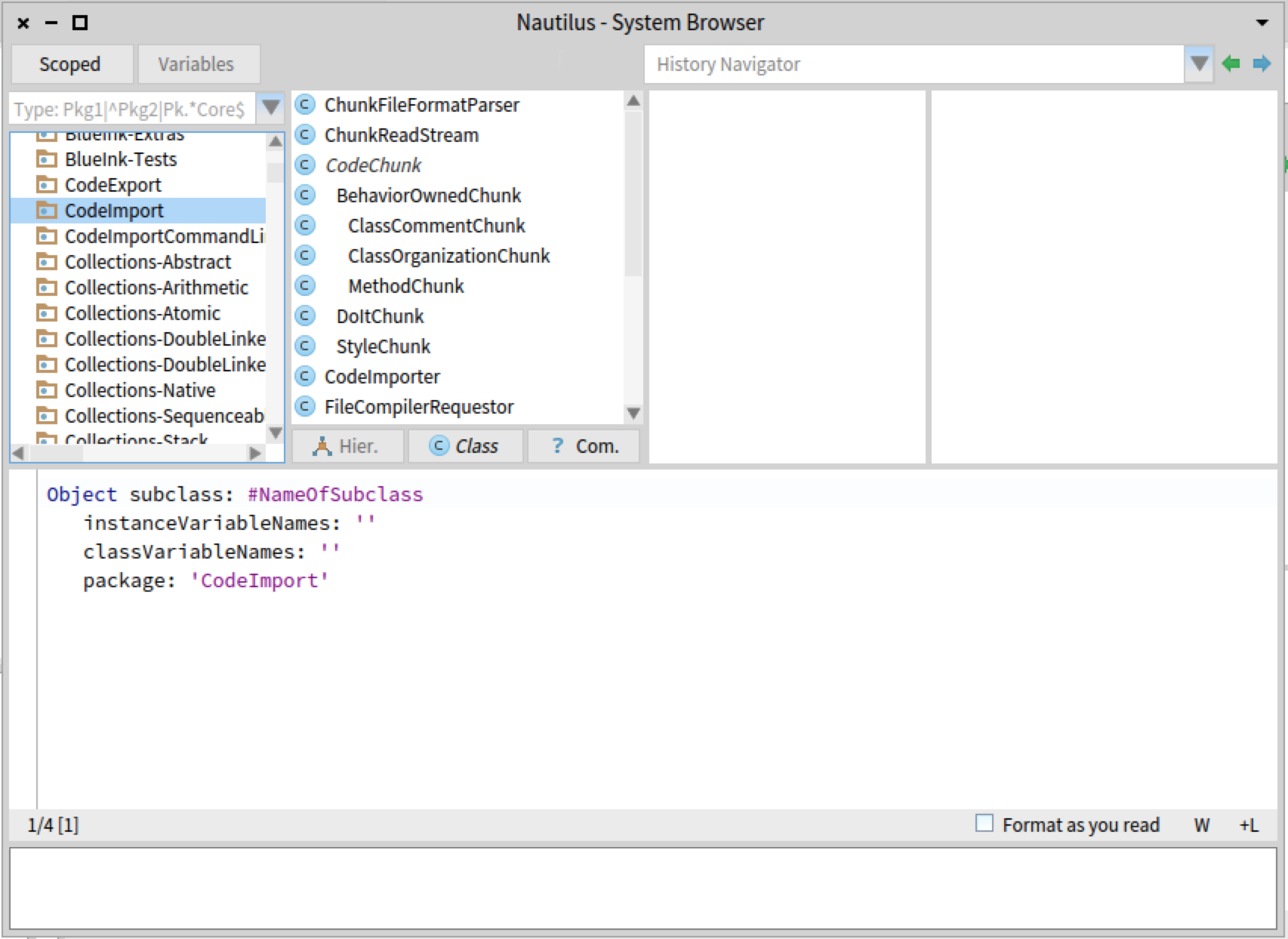 In Pharo everything is an object, and every object responds to messages. So if you evaluate the following code

the object Object will create for you its subclass called MyClass. If you don't have any particular superclass in your mind it's advised to subclass from Object but this brings a tautological confusion into the previous example. Let's say that you want to create a class PriorityStack with class Stack as a superclass, then you need to evaluate:

You can create classes without names that are not installed in the system by sending newAnonymousSubclass to a class.

will assign an anonymous subclass of Set to anonymousSet variable. Then you can compile methods in this class and instantiate it, or swap it with a real class.

Useful for test resources of for proxying