Previous versions of Raspbian (prior to November 2016) had SSH enabled by default. They also had a default username (pi) and password (raspberry) this was done to make first time setup for new users easier. But this obviously represents a large security hole. The new release (November 2016) disables SSH by default, and will also display a warning if SSH is enabled without changing the the default password.

The contents of the ssh file do not matter - you can create an empty file like we did above.

During boot up the Pi will look for this file. If it exists SSH will be enabled and the file deleted.

To enable SSH create a file called ssh in the /boot directory of your SD card.

Verify that your SD card contains a file called ssh.

You should see an ssh file in the directory listing.

Use Raspberry Pi as headless system

Above example helps us how to turn on SSH on Pi. This example is the prerequisite of above example.

For Linux OS: Open the terminal and write down this ssh [email protected] local IP address. Then you will need to provide the password.

Note: Here pi: your raspberry pi username and your local IP address: the IP address of your device. You will get this IP address from your router, DHCP client list. However, this topic is out of scope.

For Windows OS: We can use Putty to login via ssh. At Host Name write your Raspberry pi IP address. 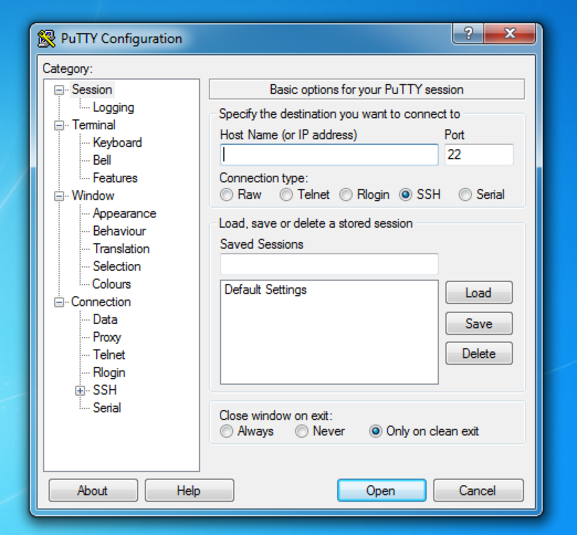 After pressing Open. You should provide your username and password. After the successful attempt, you will get this screen. 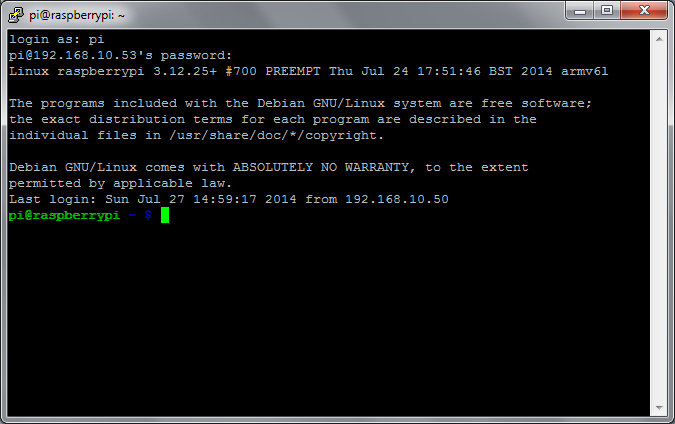 Previous Next
This modified text is an extract of the original Stack Overflow Documentation created by following contributors and released under CC BY-SA 3.0
This website is not affiliated with Stack Overflow